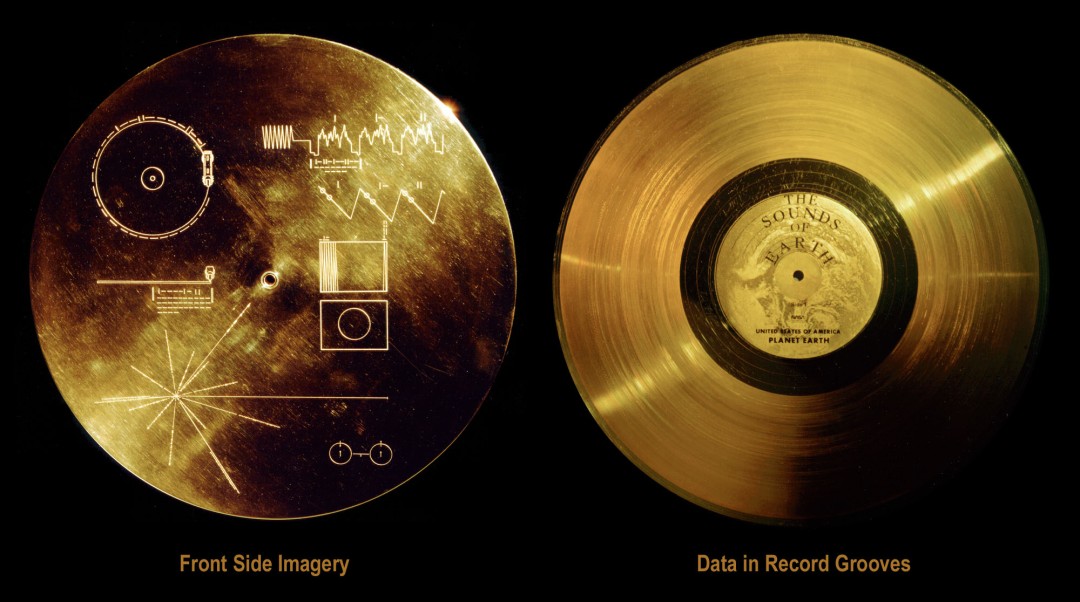 *OUR MESSAGE IS GOING TO SPACE*

In 1977, the Jet Propulsion Laboratory created two space probes, Voyager 1 and Voyager 2. Although their primary mission was to study Jupiter and Saturn, they were destined to continue soaring through space indefinitely. Should the probes ever be intercepted by intelligent alien life, a team of scientists led by Carl Sagan created the Golden Record, one of which is contained in each probe.

These records document the sounds and images of the diversity of life and culture on planet Earth, as well fundamental science discovered by Earth’s scientists. 37 years later, in 2014, ‘Aphids’ art collective are curating an artists response by creating their very own Golden Record.

We are very excited to announce that Mandek Penha’s “Message to the Future” video has been selected and will be launched into space in 2015! It will also be played at MONA along with the rest of the contents of the record.

Contributed and collected from 118 different countries around the world, this record will contain 1 minute videos and sound works by the artists of Earth.

Rather than make “art”, Mandek Penha took this opportunity to communicate with whatever may find the record in the distant future. This is a step in the right direction regarding humanity’s survival and our great mission to reach IMZ ._|:-

The video can now be seen here: